German indie-rockers PICTURES are back with their second album, Hysteria. Expanding on their excellent 2017 debut Promise, Hysteria traverses even more emotions and moods, with a diverse set of songs that will prove a hit with fans and gain the band a legion of new admirers.

While no-one can question the individual members’ heritage in the German rock and indie scene, on PICTURES’ second effort their fusion of different styles and influences has really come to the fore. Exler has at different stages of his career been heavily influenced by grunge and Britpop, a mix unthinkable in the ‘90s, but that here bears perfect fruit.

Hysteria was launched with an intimate Berlin release show at FluxBau, the Spree-side venue of cutting-edge indie radio station FluxFM, attended by lucky members of the public plus friends of the band including legendary Juli and ABAY guitarist Jonas Pfetzing.

Exler, Borwitzky and their former sound engineer Fries are never going to please those who crave a return for the grunge heroes Union Youth, but there is more evidence here that they are willing to embrace heavier elements while delving even further into the introspection that marked Promise’s best tracks.

Indeed, PICTURES started their set at the FluxBau with Hysteria’s most rocking tune, Lovely Baby. Live, it’s the most Union Youth sounding tune since Union Youth, a driving rhythm section and snarling vocals are nevertheless combined with a lighter chorus full of ‘ooooh’s. On record you appreciate the melody Krieg’s bass adds.

With Jan Lindner providing additional guitar and tambourine on several tracks at FluxBau, PICTURES’ new material has greatly expanded their live offering. Now in a position to really pick and choose from their back catalogue, older songs fitted in seamlessly with new. Promise, Fall, a rollocking Here I Come before the redemptive Save My Heart, fan-favourite and rarity Rock ‘n’ Roll Life and a pounding Love to close the set, the latter two driven by Fries’ delicious lead guitar lines, all sounded superb. But it was the Hysteria songs which really stole the show.

Upbeat singles Love’s a Shooting Gun, Little Girl and Roll Up are triumphant power-pop masterpieces and the cornerstones of Hysteria. Roll Up’s slice of sunshine is perhaps the most Promise-esque track here, in fact Exler and Fries played it at their very first acoustic show in 2014. Not feeling like it fitted anywhere, the song was put on the back burner until they tried it with a full band in late 2017 and liked it so much it was back in the running for their next album.

Love’s a Shooting Gun is a bombastic, glorious anthem to all that’s good about life and music – if any proof were needed that indie isn’t dead in 2019, this is it. Krieg’s buzzing bass line and Fries’ singing guitar make this the natural choice for radio play, but even more than that, it’s just a brilliantly constructed song. 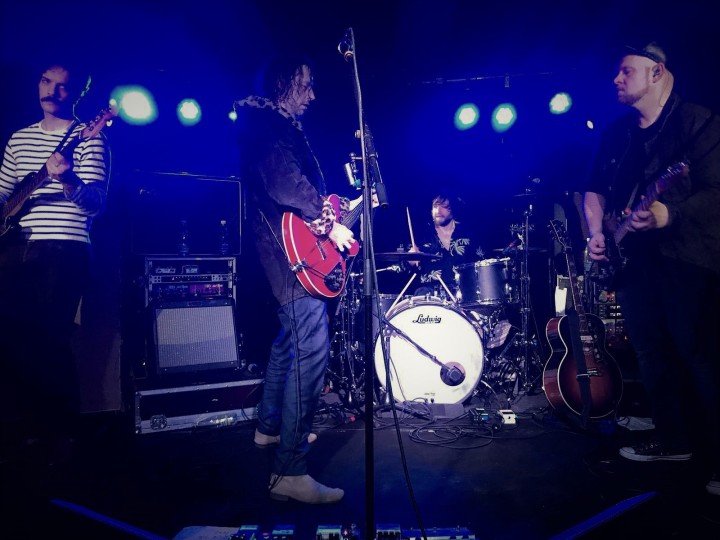 Little Girl was first heard in an embryonic stage on last winter’s tour – a neat love song with a blast of wailing guitar and, as per usual, excellent bass.

The tender fourth single Don’t Take Your Love Away closes the emotional rollercoaster of an LP. It’s a great way to end, including some nice choral, almost gospel-like vocals as it ramps up into a redemptive ending. The ‘white room’ studio session of this is even better than the album version and well worth checking out.

Of the twelve full tracks, not one is approaching filler, or sounds anything like any of the others. Fries’ Orion Effekte pedals get a good workout and each song is structured differently, leading on from the interesting construction of Rock ‘n’ Roll Life where all the choruses come at the end.

Even so, stylistically Hysteria is a more experimental LP than its predecessor, a more complete album willing to stray from the easy tropes of solid, sunny indie into darker places, lovelier places and all places in between.

Gorgeous ballad Can’t Stop Loving features Swedish singer Emma Elisabeth on backing vocals. It comes with a cute orchestral part and evocative lyrics (“only the first leaves a blanket made of stars,” sing Exler and Elisabeth) – you only wish the delicious last chorus was repeated. Next track Because, on the other hand, is a fast, moody indie classic already, dripping with modern rock inspiration and a driving rhythm section, the type of song Kaiser Chiefs, who PICTURES once supported, wish they had the bottom-end clout to pull off. The catchy indie breeze of You’re Dreaming was, like Little Girl, first heard on PICTURES’ 2017-18 tour. The wait has been worth it with Exler’s voice sitting perfectly alongside the guitars – and you’d swear the retro-sounding final part had been added by Steve Cradock. You can tell it’s been honed on the road from Borwitzky’s breathless drums – played with every ounce of energy he does live.

Modern Stars, a stunning ode to being in love, is introduced by some refreshing piano, complete with fantastic lyrical imagery in a truly beautiful song that Krieg and Borwitzky never let become too lightweight. In a similar way to No-One Can Taste It on Jonas’ September Sex Relationship, this might not be the album’s biggest earworm, but it gives a nice break from the guitars, and it shows another facet that PICTURES have mastered.

Feel Better is a fresh ditty extolling home comforts with a perky bass line just crying out for use in an advert or film, with its Pulp-ish flourishes combined with Gallagher-esque lead vocals. All I Want explores desire through PICTURES’ comfortable pastoral lens, a simple track where the focus is rightly on the lyrics, in front of some gorgeous acoustic guitar.

Clocking in at five-and-a-half minutes, however, Hysteria’s centrepiece track is After All These Years. Recently music streaming, playlists and the skip button mean a big statement track has become what makes an album more than just a collection of singles. John Howard and the Night Mail pulled it off with In the Light of Fires Burning, George Ezra wasn’t quite as successful with Only a Human, Declan McKenna thought he had enough clouty singles to not even need to attempt it on What Do You Think About the Car?, and the album paid the price. 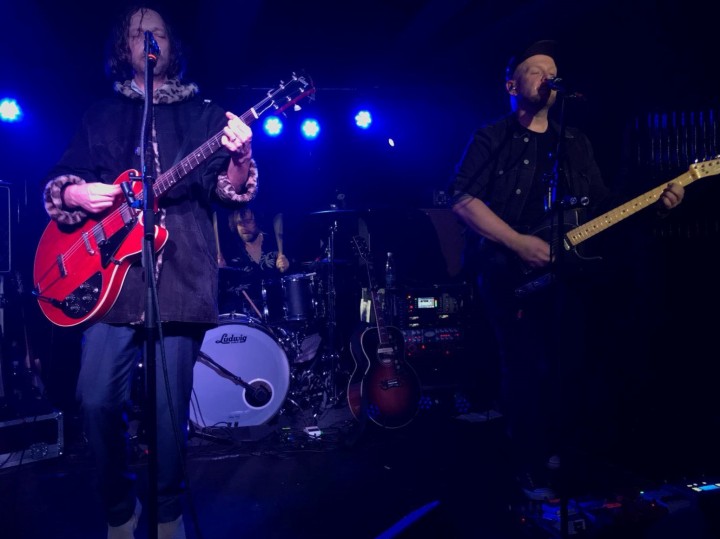 While Save My Heart did the job on Promise, it only really matured on stage. Here, PICTURES have bettered even that with the moody yet expansive After All These Years – Exler has more than enough experience to write a big song and he pulls it off superbly.

On that subject, Exler’s vocals have reached a career high on the new LP. His voice on Modern Stars and After All These Years is nothing short of beautiful, and throughout the record his range is superb, going from controlled verses to dramatic crescendos depending on the mood of each track without ever sounding like he’s breaking a sweat: a consummate professional loving his job even after all these years.

While Promise was a great mission statement, it never veered too left-field. But Hysteria’s experimentation and risk-taking pays off. Every track offers something different to the last, however it’s hard to pick a favourite because they all merit consideration and the one that sticks in your head genuinely changes with every listen.

Exler has never really suffered from the so-called ‘second album syndrome’. Arguably, his follow-ups in Jonas and Union Youth were the bands’ peaks. However, for both, their second LP was their last before disbanding. You wonder if PICTURES will prove third time lucky.

And when they’re on the sort of form Hysteria presents, with its musical and lyrical dexterity, you very much hope so.

It is a busy time for PICTURES. They head out on a full German tour from late March to early April. Before that, Christian von Brockhausen and Timo Großpietsch’s documentary Könige Der Welt, charting the tumultuous early years of the band emerging from the wreckage of Union Youth, is released on DVD on the 22nd February.

Hysteria is out now to stream and buy (CD, LP, DL) on Fries Boom Barrier/Sony.